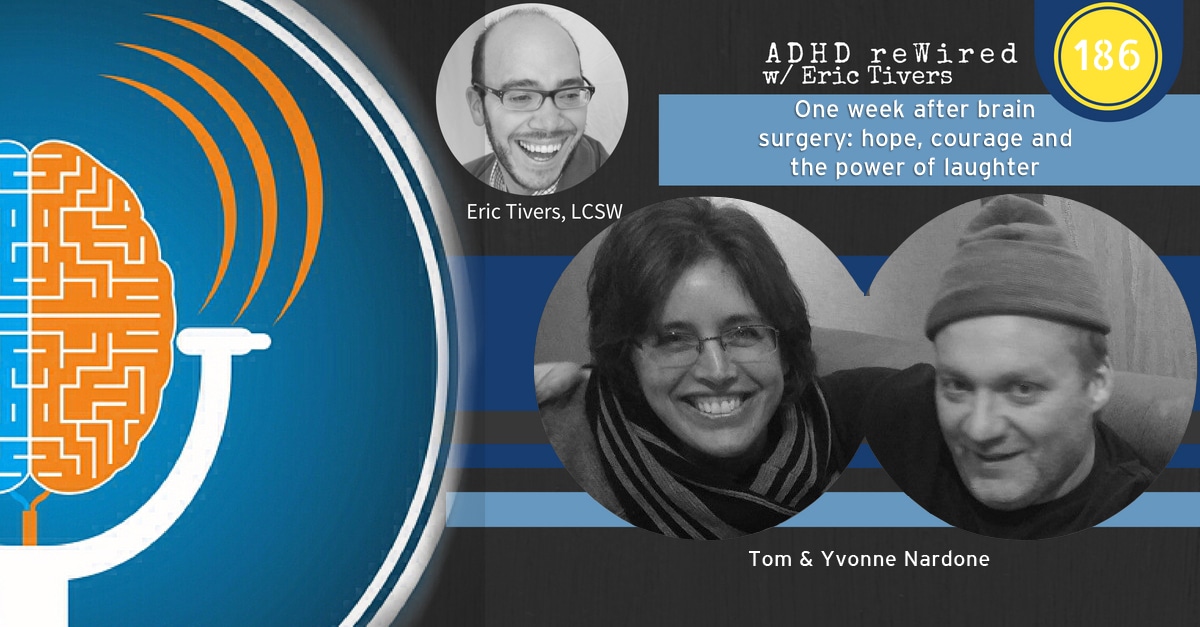 This week, I am pleased to be joined by Tom Nardone and Yvonne Nardone.  Tom is not only a friend to ADHD reWired and the ADHD community, but someone who really has become one of my best friends.  Tom is the voice of courage, humility, and bravery.  On September 19th, Tom had a brain surgery to try to remove a tumor from the part of his brain that deals with his speech.  His speech has been affected.  Tom and his wife, Yvonne, join me about a week after Tom’s surgery.

In this conversation, you will hear details from Tom on his recent brain cancer diagnosis and surgery.  Tom explains his speech issues, and what it’s like to adapt to those changes.  Tom also shares how this situation has changed his perspective on life.