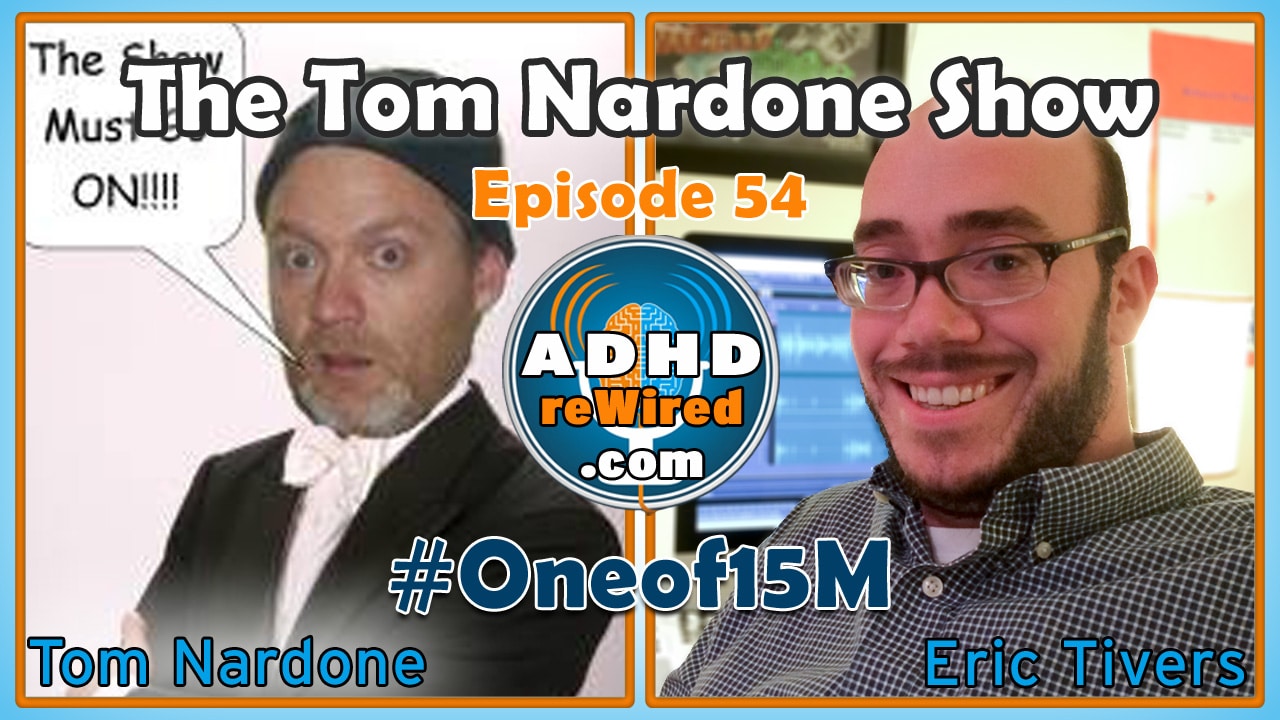 Tom Nardone of ADHDpeople.net returns to the podcast to chat with Eric about a wide variety of topics, from podcasting, motivation, and laziness, to sleep habits and more. Amongst a plethora of other topics, Eric discusses his post-vacation struggles with motivation, Tom and Eric talk about the definition of the word “lazy”, and both give shout-outs to a bunch of others in the ADHD community.

See ADHD reWired Episode 34: Married with Separate Bedrooms for another interview with, and more information on, Tom Nardone.

Other Products and Links Mentioned:

If you donate $100 or more, Tom Nardone will give you a free signed book and a personal phone call.

If you donate $200 or more, Eric Tivers will record a message for your home answering machine.