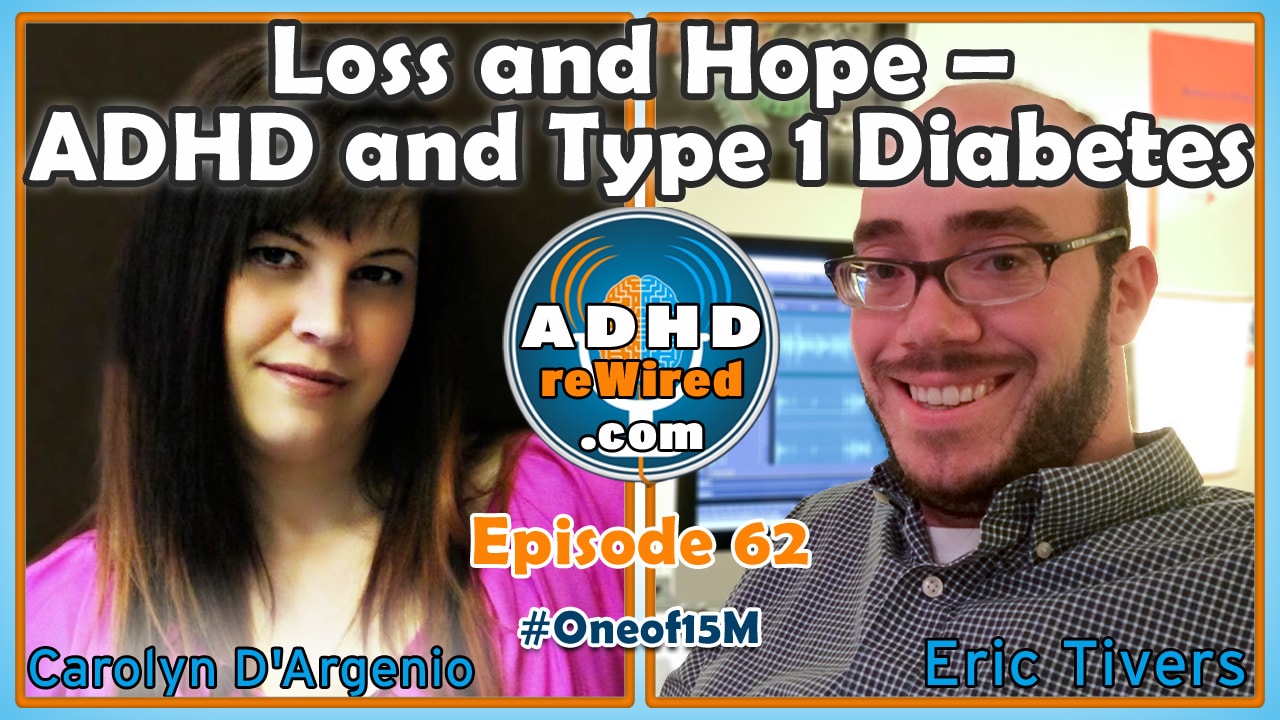 When Carolyn D’Argenio’s son was two years old, he was diagnosed with type 1 diabetes. Carolyn, herself diagnosed with ADHD, has had to manage the uncommon challenge of tending to her son’s extensive needs alongside her ADHD. Here, Carolyn shares with us her story, some strategies, and information that hopefully will better inform others of the interplay between these two conditions while  maybe even saving lives.

Diagnosis and Forming a Group:

Help Carolyn fund the purchase of a new CGM system for her son, so she can more easily monitor his blood glucose levels and better ensure his safety.

Visit erictivers.com/t1d for a link to the crowd-funding campaign.

A friend Carolyn found though her Facebook group has offered to help draft response letters for those denied coverage for CGM devices by their insurance companies. Please contact Carolyn, who will then help you contact her friend, if you are interested.