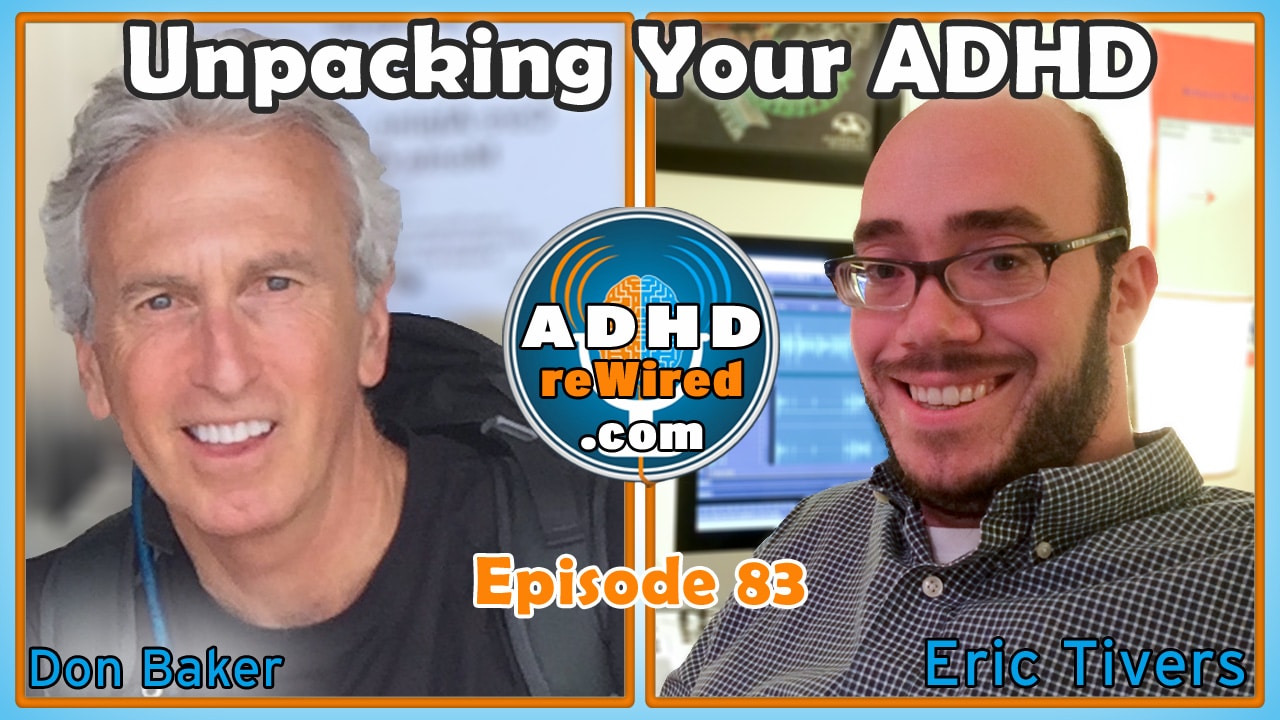 Don Baker from Unpacking ADHD joins Eric to discuss both the story of how he came from excessive alcohol and marijuana use to being a therapist and his goals for developing the Unpacking ADHD community. Along the way, Don discusses the effects of dietary change and marijuana on treatment of ADHD symptoms, the role emotion plays in the lives of those with ADHD, and how inspiration, energy, and enthusiasm make a better therapist.

Inspiring the Question “Why?”: