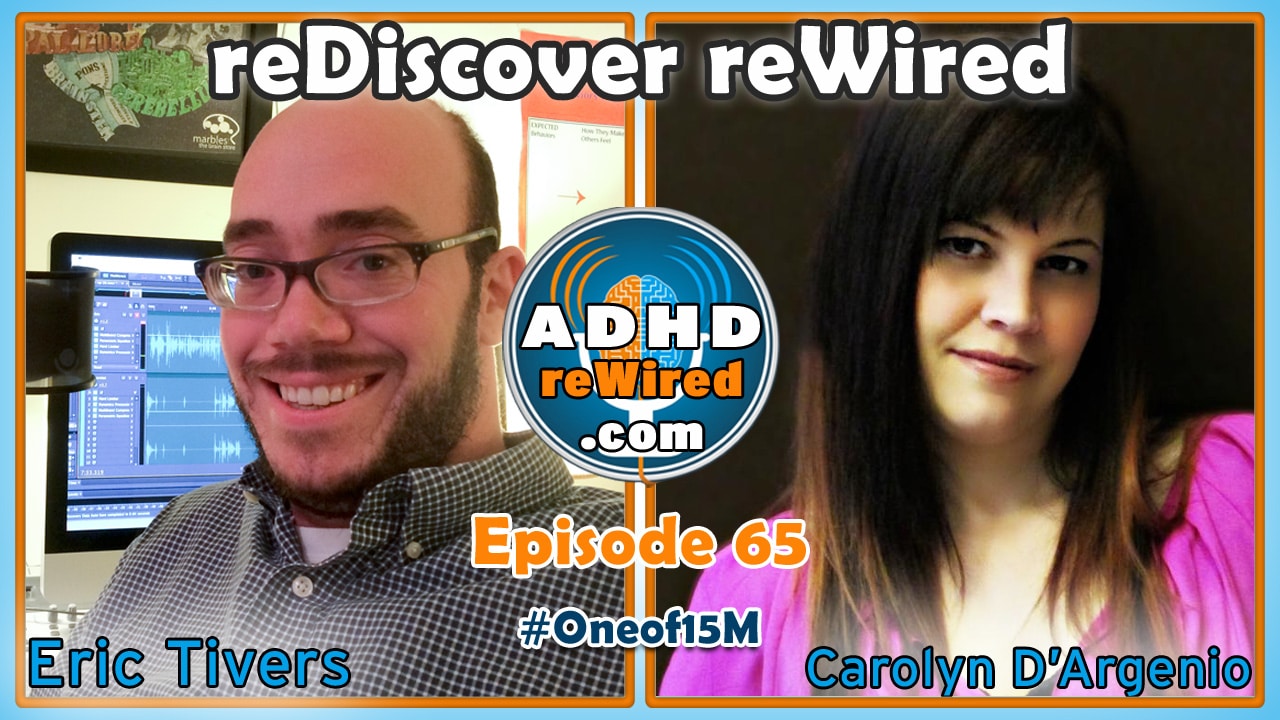 In an unusual twist, previous guest Carolyn D’Argenio returns to the show to interview host Eric Tivers. For either long-time listeners or new audience members, this is a nice episode exploring though topics ranging across Eric’s history with ADHD and his podcast, the differences between therapy and coaching, psychological defense mechanisms, and a dog barking in the background. Many suggestions for audiobooks abound alongside helpful applications, and an especially long Random Question Round.

In a twist, Carolyn interviews Eric this week: