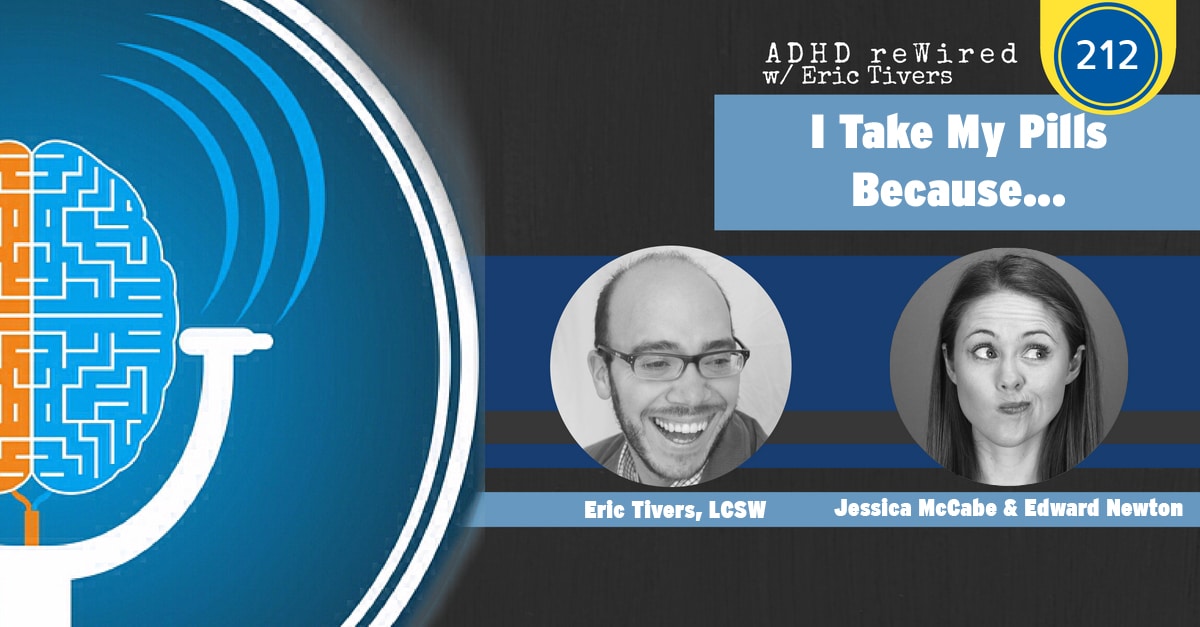 Joining me on this episode are Jessica McCabe and Edward Newton.  Jessica is the creator of the extremely popular and successful How To ADHD YouTube Channel.  She recently did a Ted Talk that has over 10 million views!  Edward has a background in television production and has played a large role in the success of How To ADHD.

On this episode, you will hear Jessica and Edward talk about how How To ADHD has grown since they were last on the podcast.  They also share the backstory behind her Ted Talk, including how the talk was put together and executed.  Jessica has also organized a grassroots campaign in response to the Netflix documentary, “Take Your Pills.”  We discuss why this film isn’t accurate and does a disservice to those who would benefit from ADHD medication.

1 thought on “212: I Take My Pills Because… with Jessica McCabe and Edward Newton”