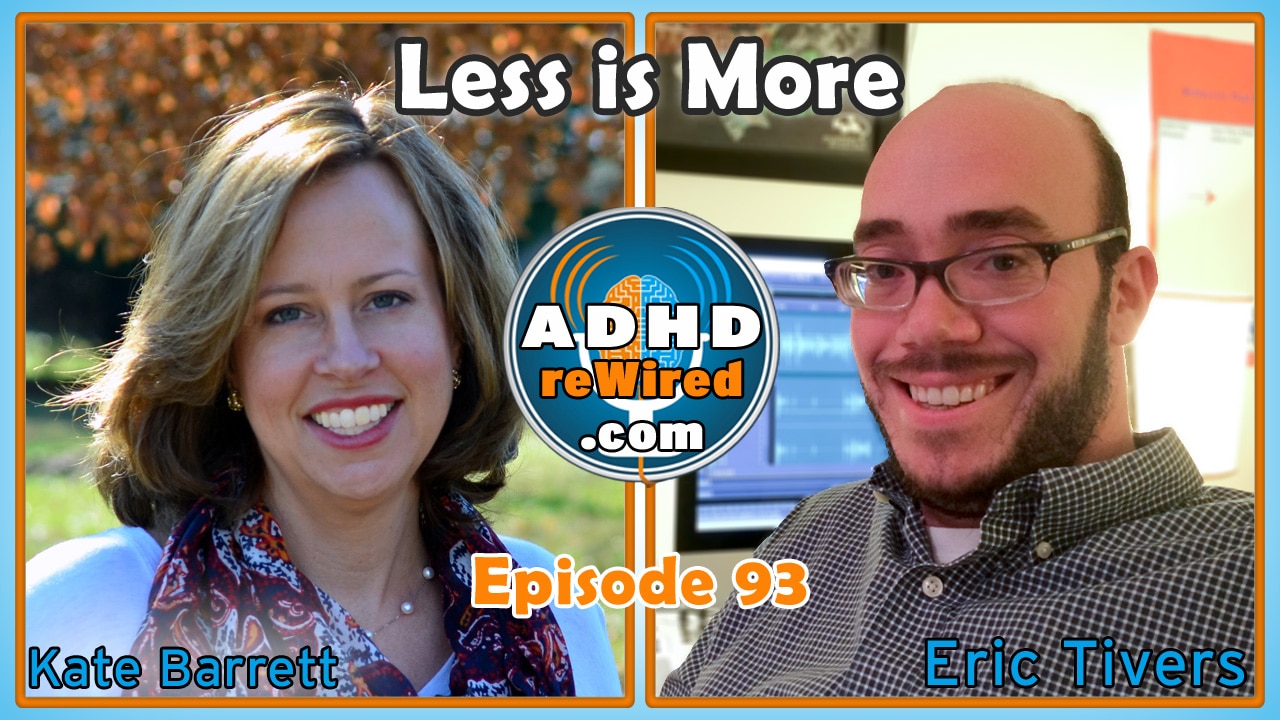 ADHD coach, CHADD Parent to Parent Trainer, and mother of three Kate Barrett joins the show to discuss her coaching goal of “peeling back the layers of crap” that people tend to tell themselves. Covering issues ranging from slimming down her schedule, the importance of self-care and play, handling boring tasks, and calendar management, Kate leaves a message of how one can write their own life stories.