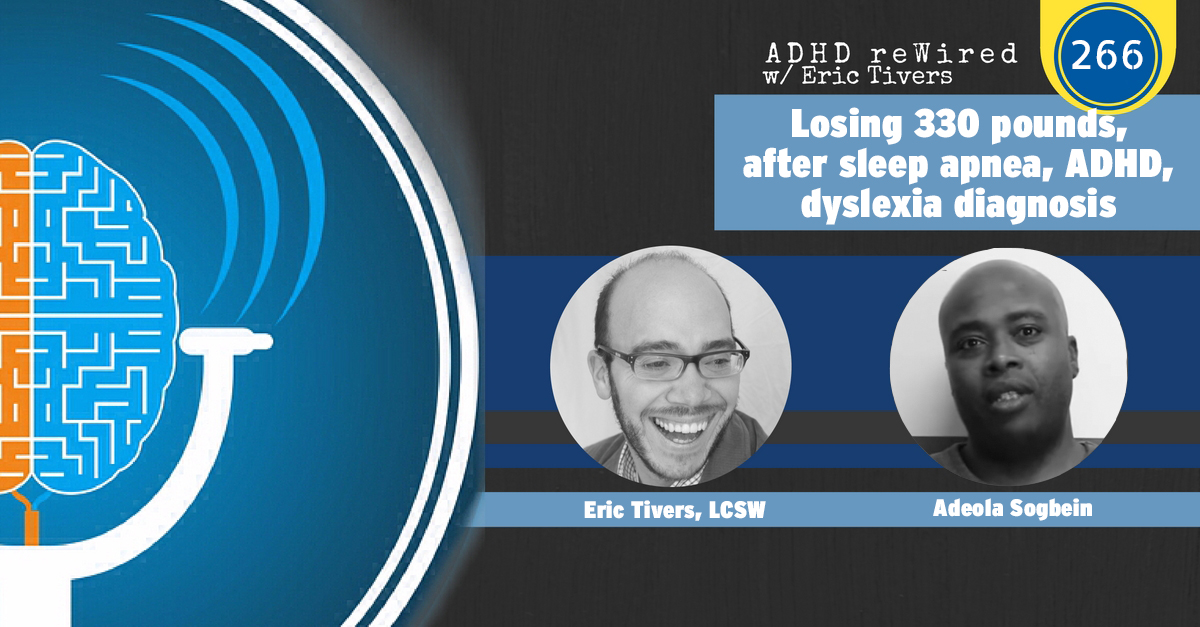 Adeola Sogbein joins me on this episode of the podcast.  Adeola is a listener of the podcast, and he has an inspiring story to share with us.  Over the last four years, he has lost the weight equivalent of two adults (330 lbs) and was diagnosed with ADHD at the same time.  He comes on the podcast to talk about the importance of having people on your side and not giving up.

In a way, Adeola’s journey started when he fell asleep in a job interview.  That led to a sleep apnea diagnosis, and once he was able to treat that, many things in his life started falling into place.  That diagnosis allowed him to lose an incredible amount of weight. Shortly after that, he was diagnosed with ADHD, dyslexia, and dyscalculia.  In this conversation, he shares how he embraced education, and that allowed him to manage these things.