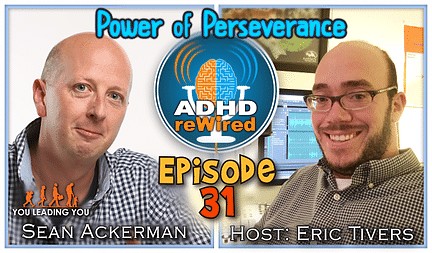 Sean Ackerman is the host of the motivation- and organization-based “You Leading You” podcast. Following a major life set-back three years ago, he hopes to use strategies, tips, and tricks he and his guests have learned to help others organize their lives and move forward. Currently preparing to launch a small workshopping and coaching conference, Move it Forward, Sean talks about his motivations, mentality, and some of the tools he uses to keep him going.

Sean: “ADHD is something to master”

Starting the “Moving it Forward Workshop”