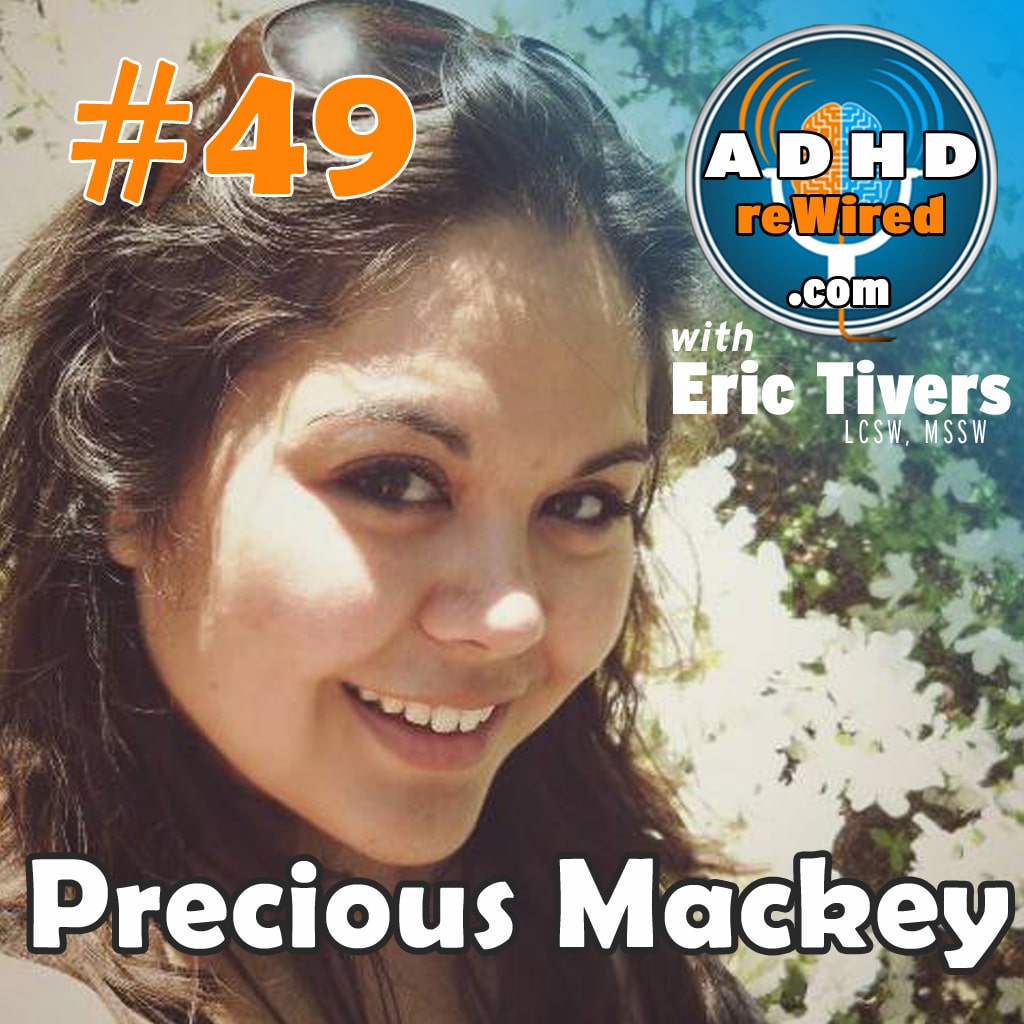 Raising her son while pursuing her passion in college, guest Precious Mackey talks of challenges and tribulations she has dealt with over her life, as well as her path to finding a solution though understanding her ADHD. Until she was diagnosed not long ago, and despite having exemplary grades throughout most of school, Precious’ sporadic study practices and workload between school and life had become too much to handle. Listen as Precious walks through various points in her life where ADHD played a part, providing motivation and inspiration for others along the way.

If you do have an inkling and think that it might be helpful for you to look into ADHD and it may be affecting you, […] there are others, and you’re not alone. It’s very isolating initially, especially when everyone that you do know in person doesn’t believe in it. It’s something that’s affected me my whole life, and I’m so thankful now that I have the answer to that problem so that I know how to assess it and manage it. I’m excited to plan some change now that I know that I can do what I thought before I wasn’t able to do.