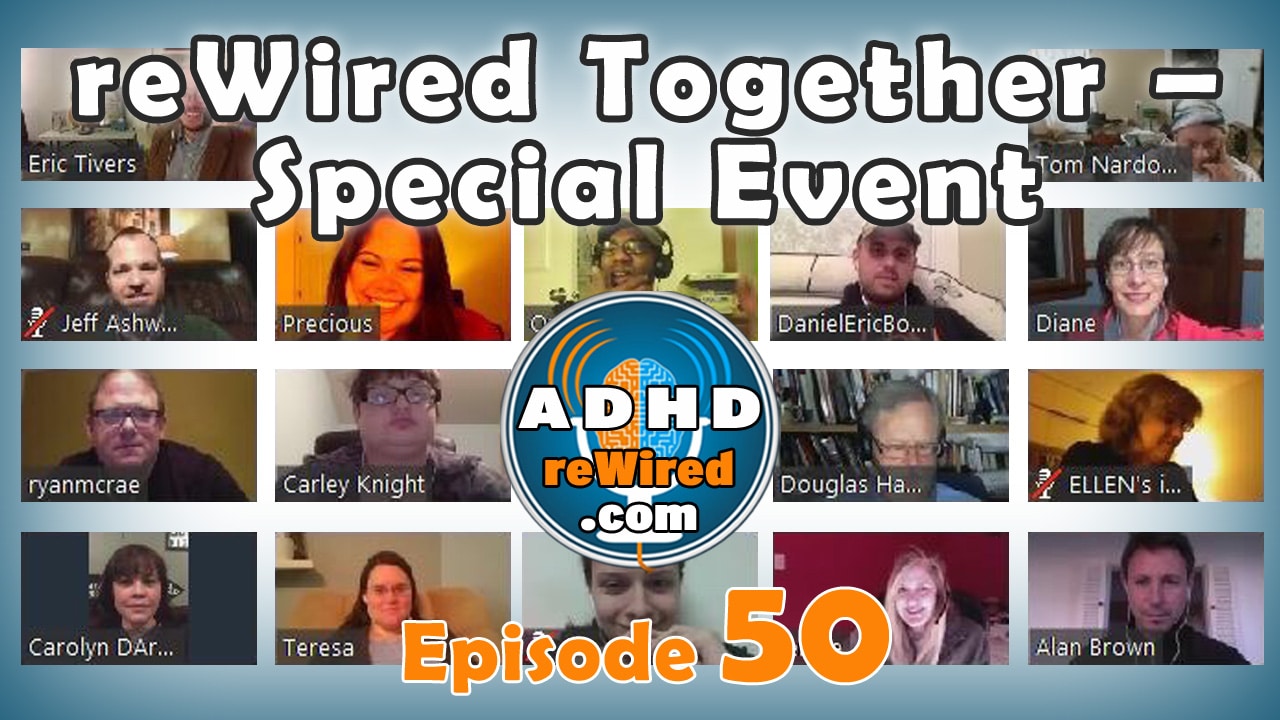 Friends of the Show Talk Together in This Special Episode

The picture above is a screenshot from the recording of episode 50 using the Zoom Conference Platform. I started using Zoom in January and I love this platform so much that I reached out to them, and they are now a proud supporter of this podcast.

For the fiftieth episode of ADHD reWired, host Eric Tivers includes the community that made the show as successful as it has become. Fifteen friends of the show, including a number of previous guests, join in a fray to share stories, personal strategies, applications, and tools they use help themselves accommodate their ADHD. They also try to name a stuffed monkey!

Guests on the Show:

Applications and Tools Recommended by Guests:

“Hot Seat” Suggestions and Comments on the Show: