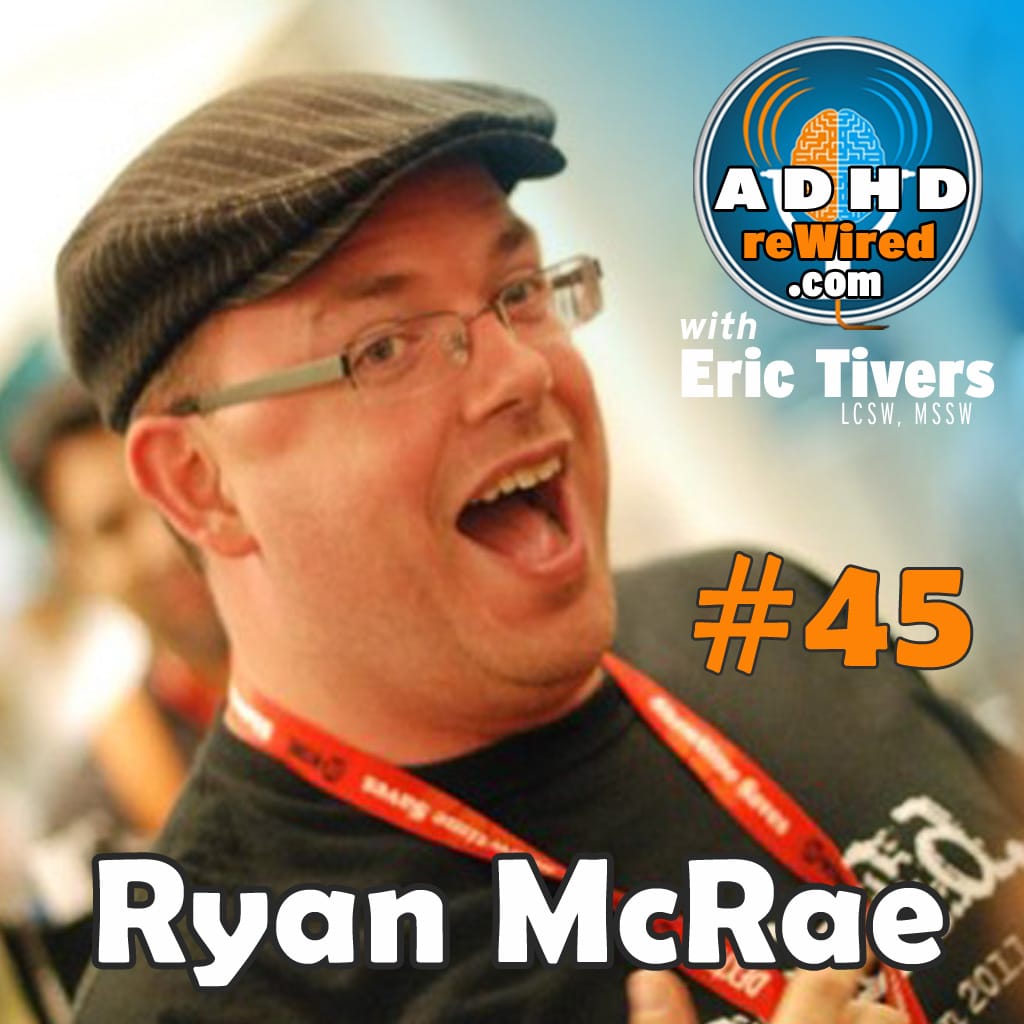 Founder of MasterPresenting.com, Ryan McRae joins us to discuss the variety of life and productivity strategies that have helped him manage the ADHD he refers to as his “four-year-olds”. With suggestions and recommendations about note-taking, helpful software applications, and how he organizes content for presentations, Ryan’s life experiences have helped him develop methods that work to make his life manageable. Working as a college residential director, a radiation trainer in Afghanistan, a deaf educator, and more, Ryan’s varied jobs have allowed him to explore many interesting ways to deal with his ADHD.