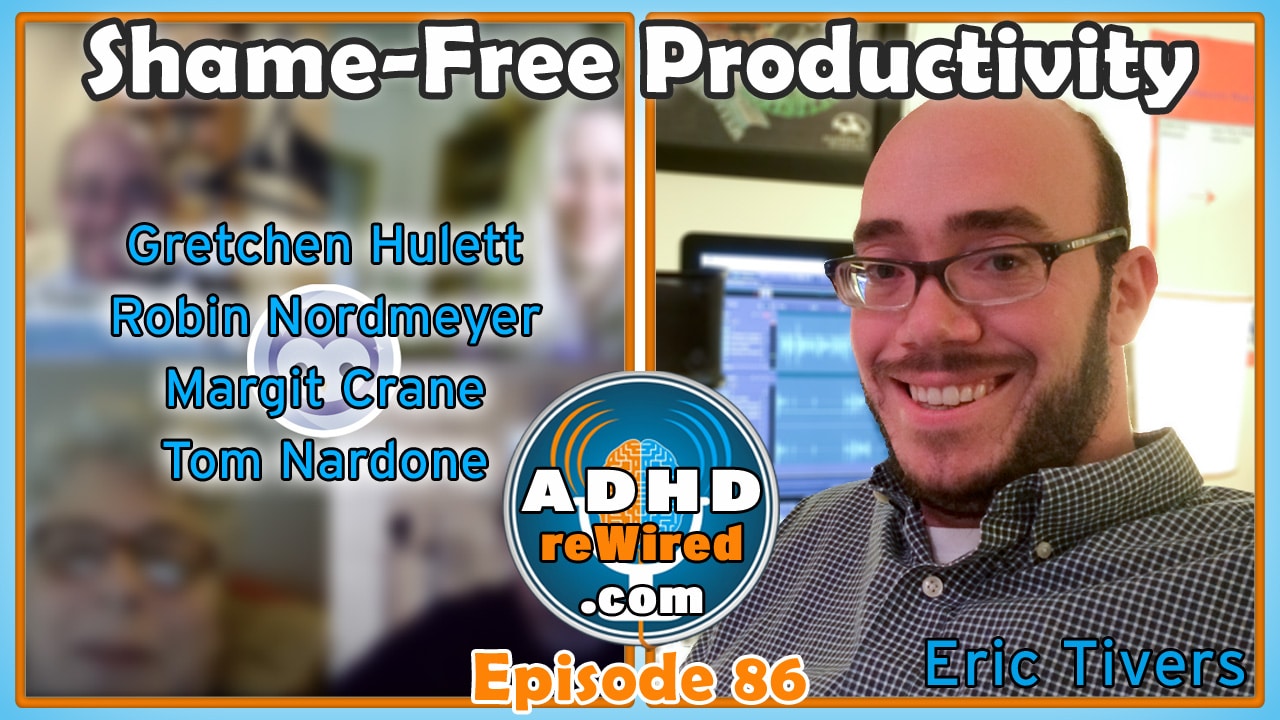 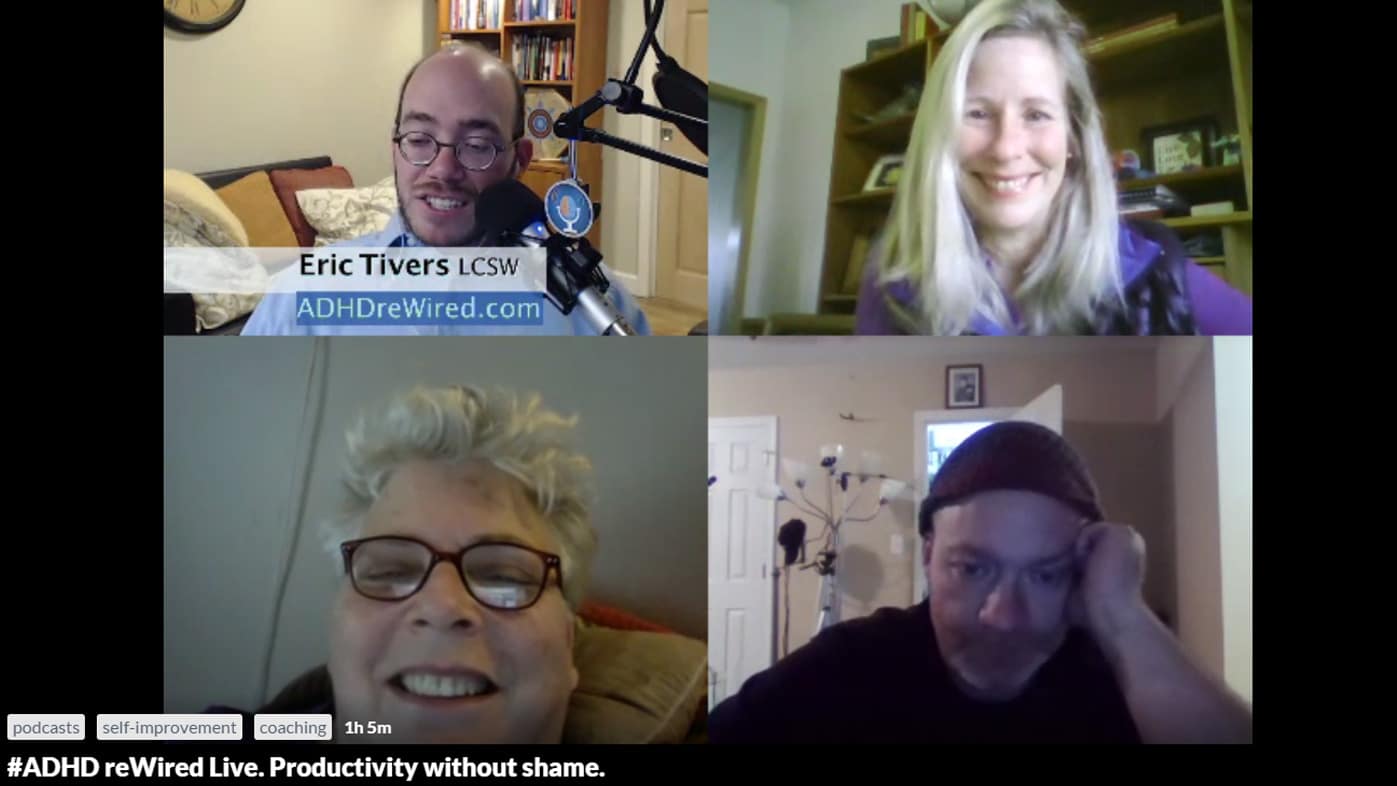 Dealing with the shame that often comes with attempts to be productive is the theme of this multi-guest episode. Hosting again from the Blab live streaming platform, Eric interviews a number of guests about their personal struggles with productivity and shame, covering topics including authenticity, letting people be who they are, medication, lying, and perfection.

Gretchen and Finding Your Own Way:

Robin Nordmeyer and Truth in Lying:

Guests on This Episode: