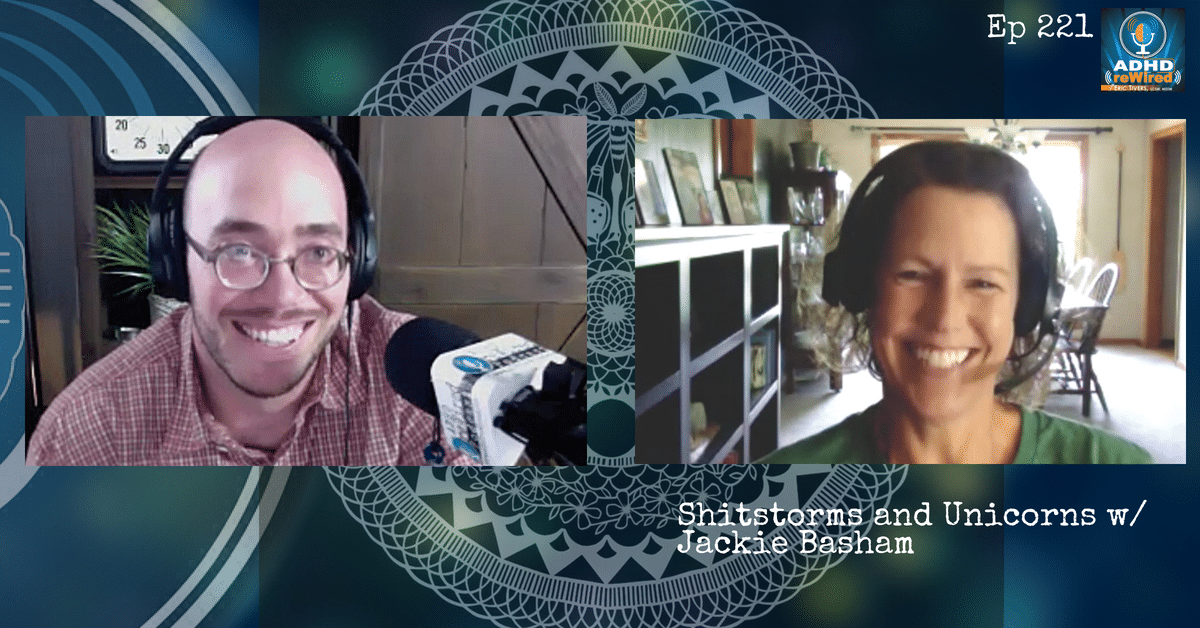 Jackie Basham joins me on the podcast this week.  Jackie is a wife, mother, and grandmother.  She has a degree in public health, and scattered around her house are several certificates of graduation.  She is an artist and currently has art hanging in two galleries in Springfield, Missouri.  She is a substitute teacher and maintains her sanity by running, yoga, and nature.  Jackie has probably prepared about 8,000 meals in the past two decades.

In this discussion, you will hear Jackie tell her ADHD story, and she shares some of her personal philosophies.  You’ll hear how Jackie developed these philosophies and strategies, and how she has (and sometimes hasn’t) been successful with them.