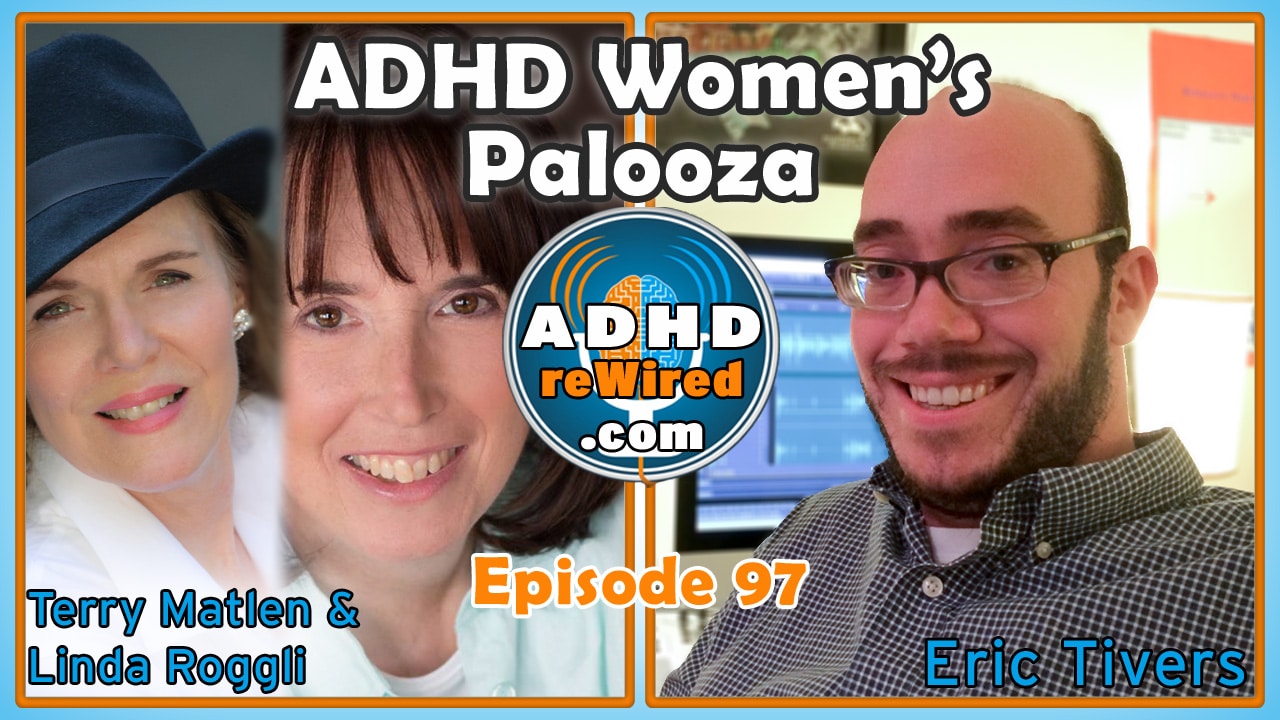 Hosting the upcoming ADHD Women’s Palooza in early January, 2016, Terry Matlen and Linda Roggli both return to the show to discuss their upcoming event filled with ADHD experts, and some topics core to women in the world of ADHD. In addition to the palooza, the two discuss their collaborative efforts, vulnerability and clients, shame, and some issues at hand for women with ADHD.