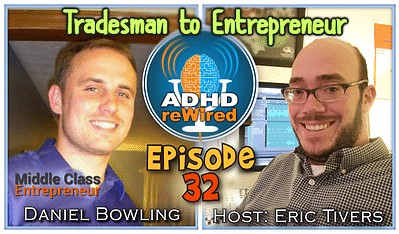 Helping people take advantage of their time and skill-sets to become more successful entrepreneurs is Daniel Bowling’s mission. After working as a talented upholstery tradesman for most of his life, Daniel started out with his own successful small company. Following personal and business fallouts that saw him leaving that company, he now hopes to motivate others like himself to follow their skills, talents, and dreams and to better use their time. Daniel talks of his personal strengths and struggles, sometimes related to ADHD, with which he was recently diagnosed.