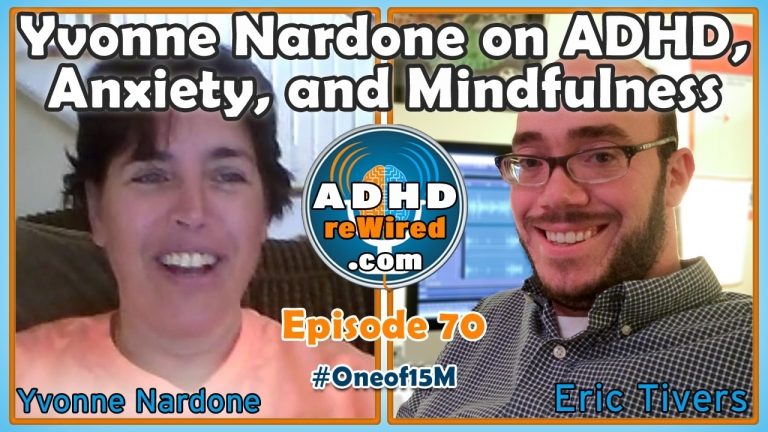 with Yvonne Nardone, co-host of the Tom Nardone Show

Co-host of the Tom Nardone Show podcast, Yvonne Nardone joins Eric to talk through her personal story involving manic depression, discovering she had ADHD, and its effect on her interplay with her husband Tom, who also has ADHD. Battling depression and anxiety at a young age, Yvonne was eventually able to find a treatment regimen that suited her, learning lessons of mindfulness along the way. Not one to shy away from a good story, Yvonne details a number of stories of her and Tom’s quirky relationship.

Acceptance and Getting Started:

PrevPrevious69: ReLaunch and find Your Voice
Next71: The Rich Life and ADHD with BeauNext