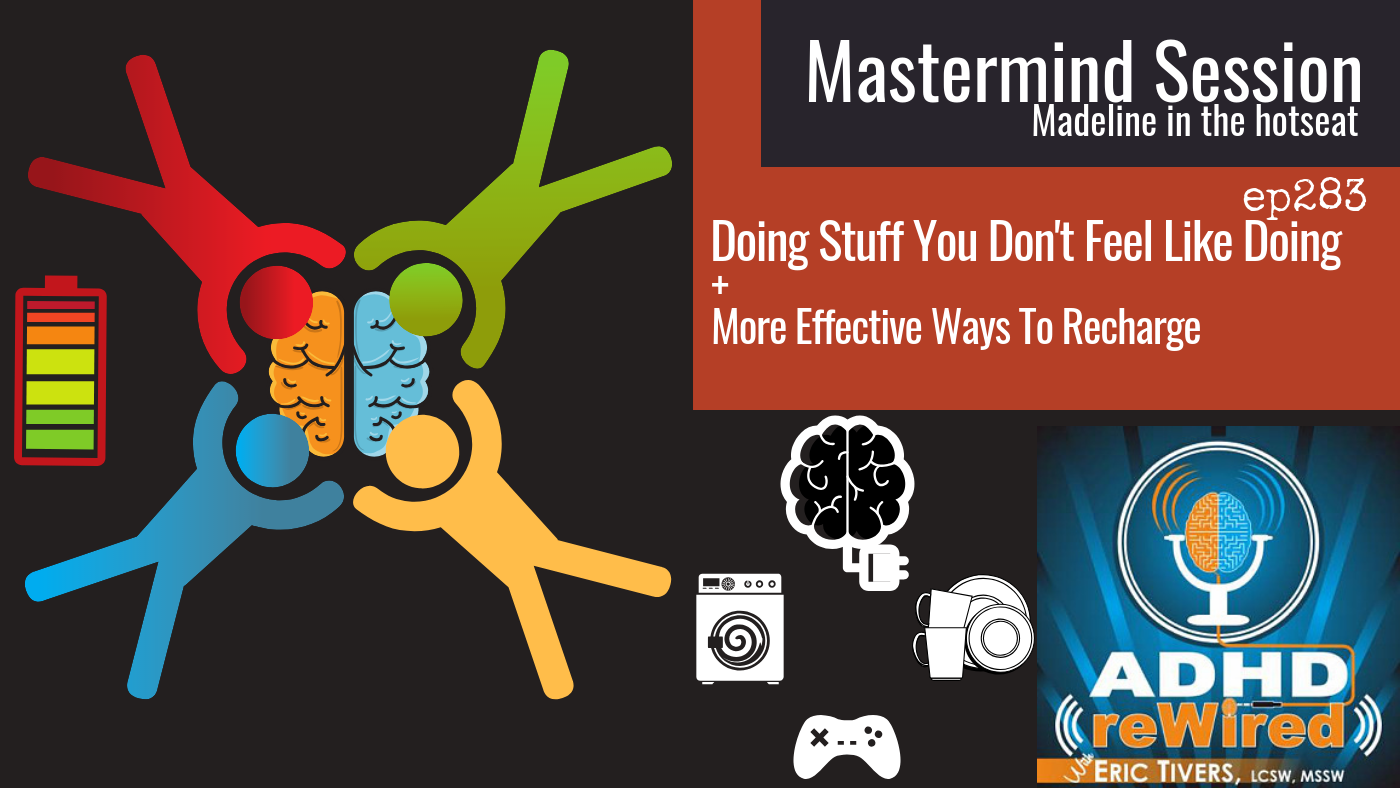 Welcome back to another mastermind episode. Today we have Madeline in the hot seat as we work through the issues she has been facing with getting more done and having productive free time. We discuss ways that she can get more done while still playing video games but also doing things in her free time that restore and rejuvenate not just kill time.

This mastermind begins with a discussion on how to break through and do the I don’t wanna’s, ways to help Madeline do her chores, study and how “I’ll do it later” is just a lie we tell ourselves. They talked about what they feel like when they think I don’t wanna, is it resentment because you have to do it?  Is there guilt because you feel the resentment?

Madeline is given some great advice in this mastermind! Listen in and learn some fantastic tips to manage your I don’t wannas, learn to rewrite the script in your head and make the I don’t wannas into a positive outcome..